At this point, it seems like the lockout may never end. Commissioner Rob Manfred has once again proved how unbelievably incompetent he is at his job, and the owners and players continue to offer wildly extreme offers to each other. With pitchers and catchers slated to report on Monday, spring training will almost certainly be delayed, and I fear that the 2022 MLB season will be shortened. However, the two sides will come to a resolution. Baseball will be played this year, by the New York Mets. And those Metropolitans still need some help in the starting rotation.

Right now, the Mets have the best 1-2 punch in the league with Jacob DeGrom and Max Scherzer. Carlos Carrasco and Taijuan Walker slot in as the team’s #3 and #4 starters. Some would argue that with Tylor Megill and David Peterson the team’s starting pitching seems to be set. Nonetheless, due to injury and age concerns of both DeGrom and Scherzer, along with the uneven season put up by Carrasco and the fatigue-induced awful second half from Walker, the Mets need to add another starter.

The Mets know this as well; SNY has reported that Billy Eppler and co. are looking to add pitching help after the lockout, with Jon Heyman noting that the team is comfortable surpassing a $300M payroll. The team’s payroll is currently projected at $263M.

With that in mind, let’s spend Steve Cohen’s money. 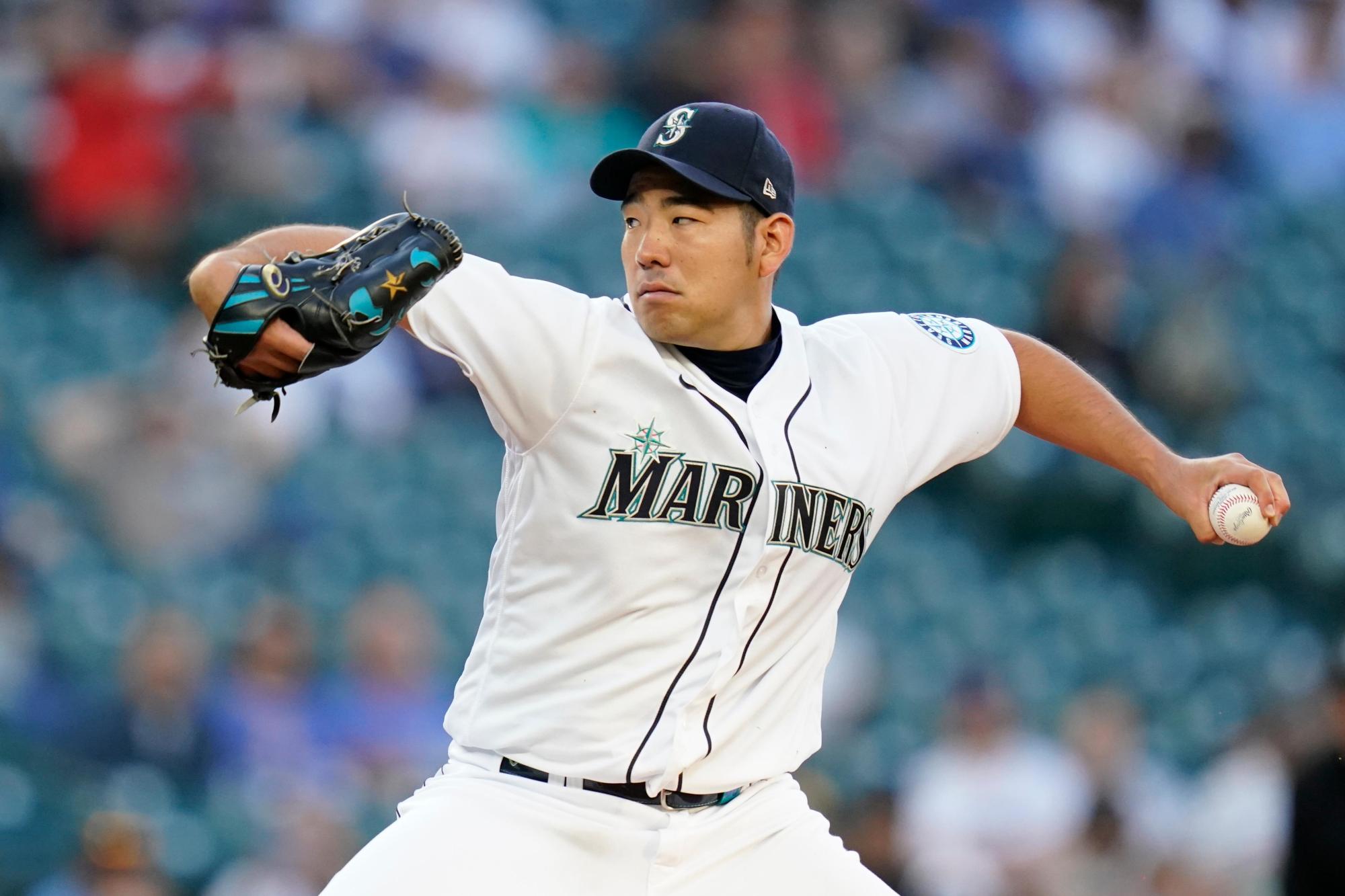 Kikuchi has been linked to the Mets since last November, as SNY noted that “there’s dialogue…this is the type of pitcher they’re looking for”. One of his main appeals is that he is one of the top left-handed options remaining on the market; the Mets desperately need to add a southpaw to the rotation.

Kikuchi had an exact replica of Walker’s 2021 season, with an All-Star first half and an atrocious second half. Through his first 15 starts of the season, he had a 3.18 ERA; after the All-Star break, he posted a 6.22 ERA, getting benched at the end of the season. The hope with Kikuchi is that through the tutelage of pitching coach Jeremy Hefner, along with the mentorship of DeGrom and Scherzer, he can return to his first-half form for good.

The good news is that his walk rate remained the same throughout the season, and his strikeouts increased. Due to his removal from the rotation at the end of 2021, he’ll probably come cheap; he already denied an offer from the Mariners. I think a 2 year, $36M deal could be in the cards, with a player option for the third season.

The six-time All-Star and 2009 AL Cy Young has made over $300M in his career; the one piece missing from his resume is a World Series ring. Trying to do so in Queens by making one of the best starting pitching trios in baseball history would make a lot of sense for both sides. He can learn from Jacob DeGrom’s quiet demeanor in handling the spotlight and pressure of New York. Although that shouldn’t be an issue, playing in Los Angeles for 3+ seasons.

Greinke’s appeal is the ability to eat innings, along with a track record of success as he’s aged. He pitched 171 innings last year in his age-37 season and has a little baseball-related injury history. His high workload would be extremely useful as a #3 starter due to the uncertainty behind Jacob DeGrom’s mystery injuries and Max Scherzer’s “dead arm” in the 2021 postseason.

Similar to the Mets’ strategy when signing Scherzer, a short-term, high AAV deal could be a possibility when signing Grienke; a 1 year, $30M deal could make sense for both sides. In this scenario, however, it would be unlikely that the Mets would add both Grienke and Bryant.

Boyd has improved every season in his career and has hit free agency at the perfect time, after a season where he pitched to a career-best 3.89 ERA and 109 ERA+. He has a tendency to give up tons of home runs, which can be alleviated by the small dimensions of Citi Field and the Mets’ improved outfield defense, thanks to the addition of two-time Gold Glover Starling Marte, moving Brandon Nimmo back to his preferred LF.

Another cheap lefty, Boyd could be had on a multiyear deal with a low AAV. This provides long-term security in case Taijuan Walker declines his 2023 player option or Jacob DeGrom opts out of his contract.

Oft-injured, older, former All-Stars may give fans PTSD from the Wilpon era, but I’m only mentioning such a move in addition to another rotation addition. I like the idea of a veteran dart thrower on a minor league contract. Just to see if one of these old guns has anything left in the tank.

Ultimately, whoever the Mets add to their rotation will strengthen it. The presence of an additional starter pushes Tylor Megill and David Peterson to the minors, serving as high-end depth. Having Megill and Peterson as young, controllable pieces with major league experience who start the season in Syracuse can only strengthen the team. Additionally, signing a free agent pitcher instead of trading for one allows the team to add a piece at the deadline. This allows them to prepare for injury or underperformance in the current rotation.